Type your search terms above and press return to see the search results. 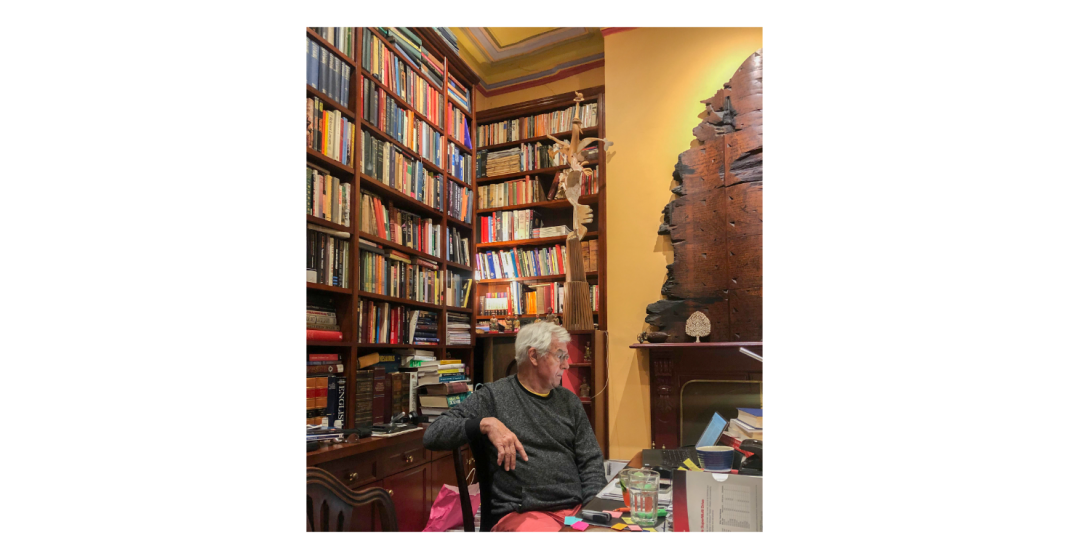 With his days full of legal consulting, refugee advocacy and now running for the vacant Greens Party Senate nomination, it’s no surprise that Julian Burnside looked flustered as he welcomed me into the warmth of his home on a chilly winter’s evening.

Sitting in his library on opposite ends of his polished mahogany desk, Burnside, an Order of Australia recipient now aged 70, said the reason he decided to move into politics at this stage of his life was purely pragmatic.

(Julian Burnside in his personal library, May 2020. Burnside recently announced his nomination for the Greens Senate candidacy. Photo by Oliver Lees)

“I detest politics and most politicians, but I read a report that said if the world didn’t take serious steps against climate change by 2030, it will be too late, so I thought I’d give it a go.”

Growing up in Melbourne as the son of a wealthy surgeon, Burnside said his household “wasn’t interested in politics at all,” and his family had little influence over his decision to become a lawyer.

As a child, he became entranced by the use of words in the stage plays of George Bernard Shaw, a love of the language and the arts which had clearly continued through his life, as we sat surrounded by hung paintings and stacked bookshelves.

On the topic of childhood influences, he pointed to a singular spine on the shelf, the biography of Clarence Darrow, an early 19th century advocate for the abolition of the death penalty.

He said the book gave him early exposure to the potential virtues of life as a lawyer.

“I read it and I thought, if that’s what being an advocate is, this is for me,” Burnside said.

Soon after as a student at Monash University, he took out first place at the prestigious Blackstone Cup in New Zealand, an early demonstration of his skills in the crucial legal area of mooting.

(Julian Burnside at his home in Melbourne. Photo by Oliver Lees)

A self-described nerd, he admitted that competition was where he decided to pursue law.

“The Chief Justice of New Zealand asked me what I was going to do with my life and I wasn’t prepared to tell him I wanted to be an artist,” Burnside said.

“He told me I should go to the bar and he was the most important person I’d ever met, so I did.”

Throughout the 80s and 90s, Burnside developed a career in commercial litigation, trade practices and administration law.

As his reputation grew, he said he was asked to act for “the big end of town” more frequently, which included representing Alan Bond, as well as his now famous defence of the Maritime Union against Patrick Stevedores Operations in 1998.

His wife, Kate Durham, said when they met on the night Paul Keating lost the 1996 election, Burnside wasn’t even slightly interested in the main topic of conversation that evening.

“I was certainly the first person to engage him in politics,” Durham said.

“He was so disinterested that until John Howard’s first term he’d always voted Liberal, I didn’t learn that until years later, which is lucky because I wouldn’t have given him a second date if I’d known.”

But his big turning point professionally happened in 2001, when he represented the asylum seekers in the Tampa Case against the Howard government.

He said at the time he knew “absolutely nothing” about refugees, but since taking on that case he has dedicated much of his professional career to the cause.

“I was horrified about how the government treated those refugees,” Burnside said.

“All we need to do is shift the public opinion and that will take six months, that’s what I thought in 2001.”

Since then Burnside and Durham have been tireless advocates for the improved treatment of refugees, with the couple creating their own organisation, Spare Rooms for Refugees, which has encouraged Australian families to welcome displaced people into their homes.

Over this period human rights advocacy became his driving force, often filling his schedule with up to five talks a week as well as working pro bono cases.

In 2007 he led the first successful stolen generation court case, with his client, Bruce Trevorrow, who was awarded damages for being taken away from his mother as a child.

But regardless of whether he was representing James Hird or a penniless asylum seeker, his approach never changed.

“You treat it as a question of law, you look at the facts and see what the legal consequences are,” Burnside said.

“I don’t let political and emotional views contaminate what I’m doing as a lawyer.”

That practical line of thinking goes some way to explaining his late foray into politics.

As Kate Durham explained, the transition was relatively natural for the pair.

“It really wasn’t that big a step jumping into politics, for years he’s worked harder than some on the campaign trail,” Durham said.

Although unsuccessful in uprooting the historically safe Liberal seat of Kooyong last year, he did force an 8 per cent swing toward the Greens, making it the lowest Liberal vote count in the electorate for 76 years.

When Richard Di Natale announced his resignation, it meant taking one step further, to a role many had been wanting him to fill for some time.

His forensic attention to detail and tireless work rate accrued over years of legal experience are qualities Durham said may mean he’s suited for the position.

But ultimately, she’s unsure he has the killer instinct it takes to cut it as a politician.

“He’s not got any Machiavellian traits, he doesn’t have a bad word to say, he’s doesn’t have tactics,” Durham said.

That practicality carried across our entire conversation, as if every answer was so straightforward it occurred to him immediately.

My last question seemed to be the only one he hadn’t quite considered.

“What would I like to achieve?” He said back to me.

“I suspect calling out dishonesty where I see it, although I’m pretty confident that will not make me very popular.”